On September 19th, the video of residents of Goni Habé in Abidjan interviewed by Mali Kibarou TV is uploaded on Facebook. According to the villagers, more than 30 people would have been killed in Gouni Habé, near Sofara, by armed groups costumed in Donso hunters and military outfit. 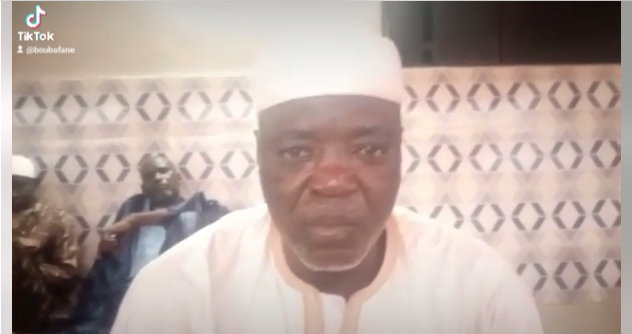 Different testimonies gathered and published by RFI on September 20th suggest that Wagner mercenaries, along with Malian military forces and Donso hunters, arrived by helicopter in the village of Gouni on September 17th. On September 18th, based on witness testimonies, they gathered all men in the Gouni mosque and slaughtered them, along with some children and women. Roughly 35 persons were killed in the incident. This would be a new large massacre of civilian populations involving the Malian army (FAMA) and Wagner mercenaries since the ones of Moura and Dogofry. A report from Voice of America describing the difficulty Goni residents living in Abidjan are facing in the wake of the massacre is posted online by Mali Kibarou TV on September 22nd.

In the press release n°57 published on September 22nd by DIRPA, the Malian Armed Forces Communication Department, the FAMA launched an anti-terror offensive operation in the village of Gouni Habé on September 15th and 16th.

The press release mentions that 20 terrorists have been neutralised while weapons, IEDs components and a drone were seized and destroyed.

In an interview given by Himba Karembé, leader of Gouni-Habé village to the media L’Indicateur du Renouveau on September, 26th, he mentions the attack on the village took place because villagers were accused of cooperating with terrorist groups and refused to join Donso hunters.

On October 2nd, two Facebook accounts post almost simultaneously the same video online. The exclusive video shows women and children quietly being interviewed by a man about 53 villagers who would have been killed by terrorist armed groups on October 1st. The woman interviewed describes what happened. We can see the narrative is changing to a killing by terrorist armed groups.

Looking at the timing the video was uploaded online, it would mean the video would have been shot on October 1st, the day the so called attack would have taken place. The calm of survivors contrasts with what would be expected after such dramatic event.

In the press release n°59 published on October 7th, the FAMA announces an investigation has been open to look into the killings of 53 civilians in Gouni-Habé village.

The launch of this investigation by the FAMA is relayed by online and local media as a sign the army is performing a good job in finding out more about the killings.

The press release is referred to by the Human Rights National Commission of Mali in a communication congratulating the FAMA for diligenting an investigation to the killing of 53 civilians in Gouni-Habé village.

This time everything is confused as the Commission refers back to September 16-17th and October 1st has disappeared.